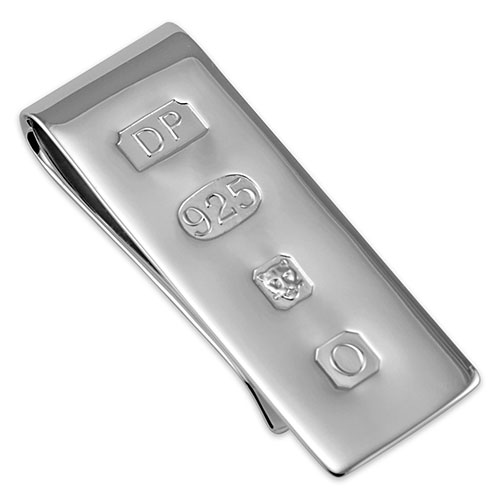 As seen on screen, this the real thing! THE money clip featured in the iconic Casino Royale. You know the scene – after the train ride to Montenegro with Vesper, Bond, played by Daniel Craig, grabs an envelope from the porter holding this money clip in the same hand. This money clip has four distinctive feature hallmarks: the Sponsor's Mark depicting the company who sent the item to the assay office ( DP, that's us); the Standard Mark describing its finesse, or purity, in parts per thousand (925 means this item is sterling silver); the Assay Office Mark denoting the office it was assayed in (the leopard head refers to the London office); the Date Letter Mark showing the year in which it was tested and hallmarked. Naturally, we're very proud of our film star so let us give you a piece of the James Bond lifestyle.