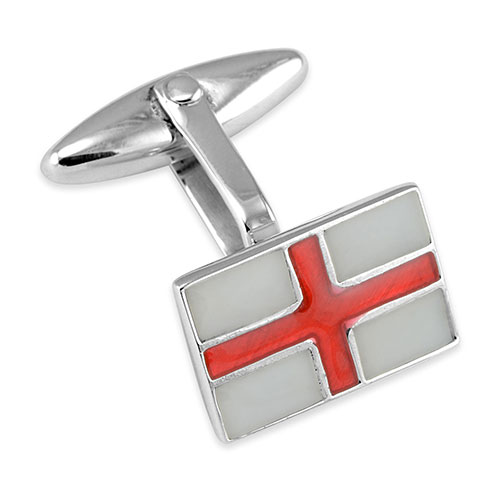 We're all for history. The red cross appeared as an emblem of England during the Middle Ages and achieved its status as the national flag of England in the 16th century. The St George Cross became affiliated with English football supporters in the mid-1990s and has increasingly been seen in other sporting events through the years. These novelty cufflinks perfectly depict the flag of St. George. They're crafted in solid sterling silver, set with red enamel and have a contemporary fixed back. An ideal gift for the English sports enthusiast or for someone who's proud to wear England on their sleeve.