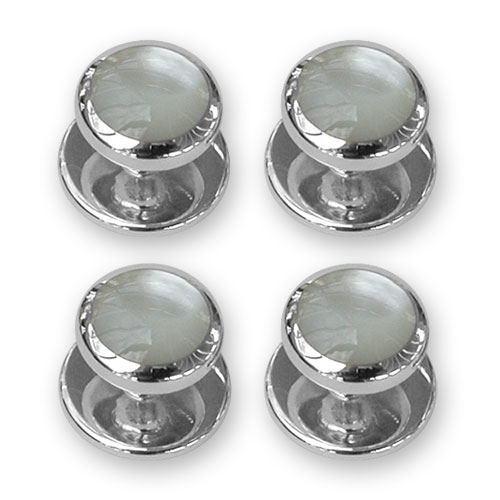 Shirt studs first became popular in the middle of the 19th century when shirt fronts were too stiff to fasten with buttons. They're now back in style and worn with a formal dress shirt for a personal touch. These easy to fasten shirt press-down studs are made from sterling silver inlaid with shimmering mother of pearl and come as a set of four, also available in sets of five